PCC is strongly committed to protecting the privacy and enhancing experiences for mobile users.

Achieve new levels of market differentiation and revenue growth by partnering with PCC.

PCC's flagship products are making the mobile experience more enhanced and secure than ever.

Private Communications Corporation is strongly committed to protecting the privacy and enhancing experiences for mobile users - and we partner with companies to enable them to do the same.

About Us Management Team FAQs

Private Communications Corporation is a privately held company, founded by Kent Lawson in 2010. After reading a series of articles in The Wall Street Journal, Forbes and The New York Times about the security vulnerabilities of WiFi hotspots, Lawson was inspired to come out of retirement to resolve the problem.

Less than a year later, Private Communications was established, launching our flagship product, Private WiFi - an easy-to-use VPN solution that can be installed on all major smart devices. We are continuing to develop a number of other features to enhance the overall hotspot experience - starting with the introduction of DataCompress.

We offer a variety of partnership opportunities. Our first distribution partner was AOL and we now service more than 500,000 of their customers. We also have several active private branding partners, who market their own versions of our services. And, we partner with companies around the world to seamlessly integrate our services into their applications and services.

Over the past few years, Private Communications Corporation has evolved into a partnering powerhouse, enabling a wide variety of players in the mobile connectivity ecosystem to offer more secure and optimized experiences to our customers. 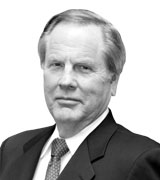 Kent Lawson is the President and CEO of Private Communications Corporation and creator of its flagship software Private WiFi.

With over 40 years of computer industry experience, Lawson has launched several highly successful technology ventures. Prior to Private Communications Corporation, Kent founded Magna Software Corporation and ran it for nearly 20 years, before retiring in 1998. Magna specialized in mainframe software, and its products are still being used in businesses and government agencies today. Prior to Magna, he was President of Lupfer and Long, a computer programming company that provided consulting and contract services to government agencies.

Kent holds a BA degree in Economics from Beloit College, an MBA from Washington University, and is a graduate of Harvard Business School's Owner/President's Management Course. 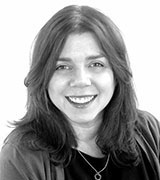 Ms. Praeger holds a Bachelor of Arts from Sarah Lawrence College and a Master of Business Administration in Marketing from NYU's Stern School of Business. 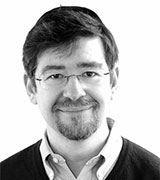 Albert Neuburger is Private Communications' CTO. Albert is responsible for the company's technology development, infrastructure, products and services. He began his career in the video game industry as a developer, eventually founding his own company before transitioning to the Internet in the mid-90's. Albert then held technology management positions at various Silicon Valley startups and large companies, including Red Jade and DoubleClick. Albert went on to become the CTO of Global Outsource Management, a U.S.-based outsourcing company with offices in China doing development for Fortune 500 companies such as MTV, and numerous divisions within Microsoft. Prior to joining Private Communications, Albert was the CTO of Publicis Healthcare, the largest healthcare advertising company in the world.

With over 20 years of software development and executive management experience, Albert has an extensive background working with both offshore and in-house teams, as well as on the corporate level, providing innovative thinking and strategic leadership. 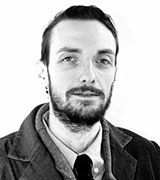 Lane joined Private Communications with over fifteen years of IT expertise in both an established Fortune 500 company and smaller businesses with distinction in the field of innovation and technology. He worked for Honeybee Robotics for ten years, holding the position of Director of IT/MIS, and provided the overall strategic operational leadership of technological planning, architecture, research and development. Lane has also worked at Proteometrics as a Software Test Analyst and at Texas Instruments (formerly Tartan Laboratories) in different positions, learning multiple machine languages and JTAG emulation for digital signal processors and microprocessor toolsets.

Lane holds a BA, MS and MBA and has studied at the University of Pittsburgh, Juilliard, Fashion Institute of Technology, Marymount, Polytechnic and NYU. 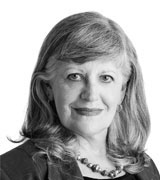 Pat Brill serves as Private Communications' Vice President of HR & Finance. In this role she is responsible for all aspects of human resources, business administration and finance for the business.

Pat joined Private Communications in 2010 as its first employee. She has more than 30 years of management experience in finance, human resources, and office management. Her roles as a Business Manager and Director of Human Resources have been with small to medium sized companies in the technology and creative industries. Pat earned a Bachelor of Science is Social Sciences from Adelphi University, New York. 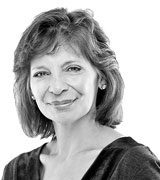 Rima Christie is Private Communications' Director for Customer Support Management. Rima and her team are responsible for the company's world-class customer support.


Together we can enable a secure, optimized mobile experience for all of your users - and help you realize new revenue. Let's get the conversation started. Let us know what type of partnership you are interested in - or if you're looking for a consultation on what's best for your company.